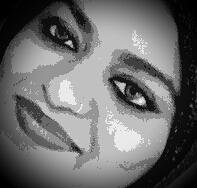 “Write with a passion…unlike everything else….it’ll only cost you…your imagination”

I have received an immense amount of feedback since then. Some good…some not so good. I still stand firm on my condolence to the family’s of the victims of the Orlando shooting.

No One. I mean no, zero, zip, nada has the right to take another life!

In Response to my poem “I Apologize”

I apologized not because I wore a Hijab, but because their loved ones were now covered in a white sheet.

I apologized not because I felt obligated to, but because I wanted to. I was not at all being forced to.

I believe that the one who apologizes is wiser and more compassionate than the one that asks for an apology. Unfortunately, the actions of one individual affect our thought process directly or in-directly.  The fact whether he was a practicing Muslim or not will be over looked by many.

I believe the world perceived him as a Muslim due to his name. I ask, what’s in the name? One should be judged by their actions, not by their name or what they wear.

I believe the world we live in knowingly or un-knowingly judges and discriminates one another by gender, color, race, and religion.

I believe the world continues to assume that stereotypes regarding people’s race, religion, and background are Facts. In this case, what needs to be understood, is that Muslims are not Terrorists.

I believe that only with acceptance and love towards one another, we can overcome hate and fear. If our generation can focus on spreading love, than the future of our children can be peaceful.

I believe that you do not have to like everyone, that’s understandable. But try not to Hate anyone. Spread peace not war in your children’s mind. For their mind is delicate, program it wisely. In my opinion, A life not lived for the betterment of others is a life wasted.